Love Letter From Thief X (怪盗Ｘ恋の予告状 Kaitō X Koi no Yokoku-jō) is an interactive romance novel developed and published by Voltage. The game was released on Apple and Android devices on 6 January 2011 in Japanese and 17 December 2012 in English.[1] It was the 6th game released in English as part of Romance Sims. Additionally, it is a featured game in Sweet Cafe by Voltage.

You are a museum curator whose life is turned upside down when the Black Foxes, a group of infamous art thieves, break into the museum where you work... looking for you. The Black Foxes insist that they need you help solve the mystery left behind by your grandfather, a famous artist whose hidden work could prove to have priceless significance... and they won't take no for an answer. 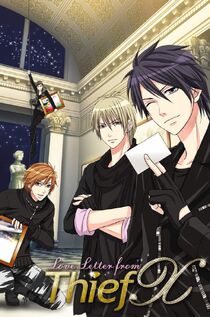 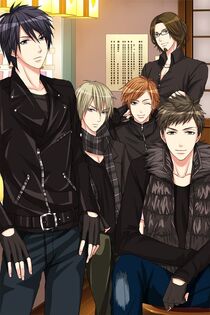 Below is a full list of special stories available in Love Letter From Thief X.

Retrieved from "https://voltageinc.fandom.com/wiki/Love_Letter_From_Thief_X?oldid=9080"
Community content is available under CC-BY-SA unless otherwise noted.